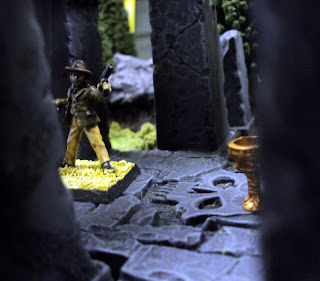 Given that there is another Indiana Jones movie in the pipeline, I thought I would reflect on a few questions. 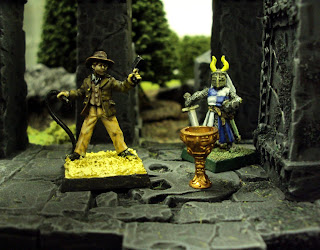 When Indy selflessly pours the contents of the Grail over his father's wounds, was the wine actually a placebo because Dr Jones Sr doesn't make it into the fourth movie? 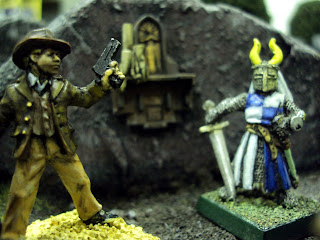 Next point I would like to raise is, over time did the knight become an obsessive compulsive owing to the fact that the goblets were neatly and precisely aligned in the chamber upon Indy entering. Who can blame him? It does kind of get get boring maintaining watch for a thousand years. 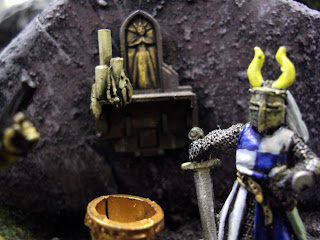 How else could the appearance of the knight have been more dramatic? What would have surprised Indiana Jones is if the knight had proclaimed:Congratulations! You are the millionth customer to have entered in the course of a thousand years. Please accept this cheque! Trouble is it might bounce because the original money has been eaten up by inflation and interest over a thousand years. 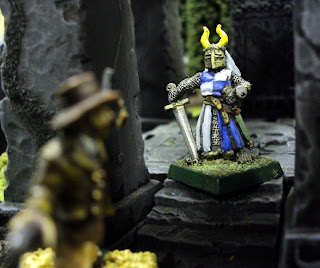 Alternatively, after Dr Jones had tentatively sampled the contents of the Grail fearing being shrivelled up by accelerated old age, the knight could have yelled jubilantly:Smile you are on Candid Camera! 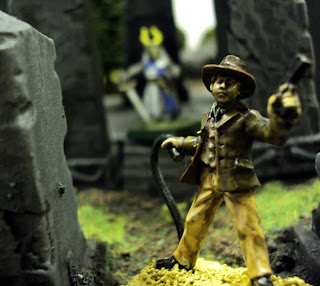 Ultimately, the only question you'll ask yourself when viewing Indiana Jones 5 is how many more sequels will they make since Dr Jones is immortal? Or worse still, will they produce a prequel if he locates the Fountain of  Youth?
Posted by Bartender at 08:43

The World of Double 0 Sven

Double 0 Sven is a cold, Icelandic secret agent working on behalf of the Scandinavian Government. His mission: to track down the feared SMORGES Board-a band of Smugglers, Muggers, Ornithologists, Racketeers and Genius Evil Scientists.

His travels have so far taken him through Denmark, Sweden, Norway, Finland, Greenland and of course Iceland.

Other than that, this blog displays a combination of Mark Copplestone's Future Wars, Kiss Kiss Bang Bang, Back and Beyond and Bad Things. The splendid furniture is by Frontline Miniatures. I've written a few stories to go with the pictures. I base the photographs on scenes from movies. Overall, it is a tribute to Ian Flemming's James Bond.


There are photography and terrain tips as well.

Bartender
I'm a massive Secret Agent fan, but you would have never guessed! I am assisted by my side kick, Claudia on my food blog.